Switch to the dark mode that's kinder on your eyes at night time.

Switch to the light mode that's kinder on your eyes at day time.

According to the recent estimates of IPO, year 2013 was very profitable one to many companies. Many of them  achieved very good results as compared to others and in here, I have made a list of some of those which are taken to be the best performer IPOS in the last 7 years. 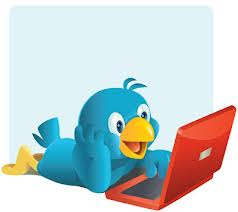 Twitter, a social media company, actually occupies a leading position. It affirms that its price will be at $26 per share for its initial public offering, when it goes on sale. Considering that its original pricing range was at $17-$23, we observe an abrupt jump in prices, but sufficiently profitable one. When selling of 70 million shares at $26, the company raises approximately $1.82 billion. It means that the company has a valuation about $18.1 billion, if 705 million shares are sold. Anyway, Twitter’s IPO was in a great demand if it was able to raise above the pricing range.

However, being that Twitter becomes a public traded company, some investors don’t hurry to intervene with it in order to observe a quality of the company’s work in public markets. Nevertheless, this fact doesn’t prevent the company’s prosperity. Recently it had  over 200 million active users each day, now it has about 500 million tweets per day.

Hilton Worldwide Holdings Inc., a hotel chain, was taken by Blackstone Group LP in a US$26bn leveraged buyout in 2007. First of all it focused on generation of growth by means of out-of-pocket costs’ limitation.  Hilton president and CEO Christopher Nassetta has added 207.000 rooms to the current base and planned to build another 1.069 hotels. The fund construction requires about $40 billion, but actually company spends only about US$70m.

Nassetta says that the company is growing with third-party capital. It means that Hilton’s franchise and timeshare operations have turned out sufficiently effective. Hilton intends to raise up to $2.37 billion during its U.S. initial public offering. Thereby the valuation of the company is about $20.7 billion. The company has $13bn of debt, but it intends to repay it by means of efficient business plan during next several years, aiming to achieve investment-grade status. 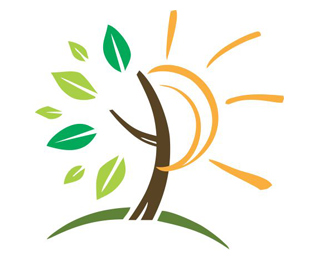 Healthcare sector became the top performer in returns from IPO in 2013. The average return of the healthcare companies, which went public, is about 50.2%. Only nine of them went below original price. This sector also achieved good results in the amount of proceeds raised. Changing its

technology a bit, it has accumulated $8.6 billion, behind the financial and energy sectors. So the IPO of the healthcare sector is much better in 2013 in comparison with the previous year, when it brought in only $0.8 billion. 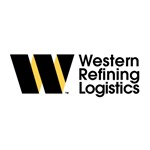 Western Refining Logistics is a company, which owns and operates storage tanks, terminals and other logistical assets. It has 300 miles of pipelines and about 8 million barrels of active storage capacity. The company generates its revenue by charging tariffs for storage and transporting the refined products through its own terminals.

Besides being one of the biggest ipos in last 5 years, WNRL plans to expand its activity by executing “organic growth projects” and by increasing the utilization of their systems. Its funds are about $165 million and its liabilities come to 2.963.000. The company’s proceeds are $231 million from the IPO. $50 million of this sum is expected to be retained, $1.8 million is for credit payment and $179 million should be turned back to Western. However, WNRL intends to raise $250 million from offering 12.500.000 million shares at a price between $19 and $21.If company’s IPO is in a great demand, its value will be $912 million.

My name is KWS Adams . (Call me Kateregga). I am an IT addict who loves playing around with computers and internet. Computers help me try out different things while turning them into reality, while the internet powers me stay live online. Besides computers, I am a project planning and management professional with an Award obtained from MUK, one of the oldest and best Universities in Africa. Find me on Twitter, Facebook and Whatsapp. Find more on how to contact me using the contact me page.

Back to Top
Close
We use cookies to ensure that we give you the best experience on our website. By continuing, you agree to their use.AGREEPrivacy policy