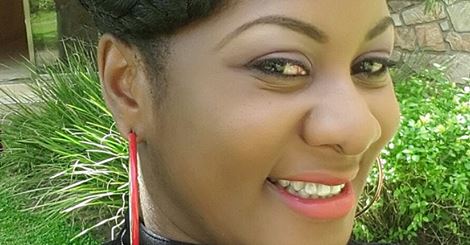 For many of Bukedde TV’s fans, there is this question which has been running in there minds about there where about’s of Sharitah Mutawe, the renowned former presenter of the popular “Emikolo Ne’mbaga” show on the Vision group industrial area based station.

And yes, this is the fact ever since Sanyu Robinah Mweruka – the smiley Gal took over the show now that she is the one who is currently presenting it.

Its is rumored that unlike Katongole Omutongole who was sacked for his own actions as being contradiction to those of Bukedde’s, Sharita looked to have gotten a juicy deal with Muganziwaza’s based Delta TV station where she is currently presenting a related show on the station.

We all know that a better offer takes the deal, which might have been the same reason as to why the former “Emikolo Ne’mbaga” smiley host lady Sharitah Mutawe is nolonger with Bukedde’s Vision group Television.

But never the less, Bukedde’s show goes on with Sanyu Robinah Mweruka.