It has been confirmed that Renowned Ugandan Musician, Artist and Singer Moses Ssekibogo who is popularly known as Mowzey Radio breathed his last during the morning hours of today, Thursday 1st February 2020 at Case clinic where he had spent over a week after he was admitted due to injuries sustained after being hit by a bouncer who is still at large at a bar in Entebbe.

Mowzey Radio of the Goodlyfe Crew died today at the intensive care unit at Case Hospital in Kampala. According to an announcement which was posted on Case Hospital Facebook page, Mowzey Radio died at 6:00 am today. A press conference is expected today at 11:00 am at Case hospital board room located on the 7th Floor. 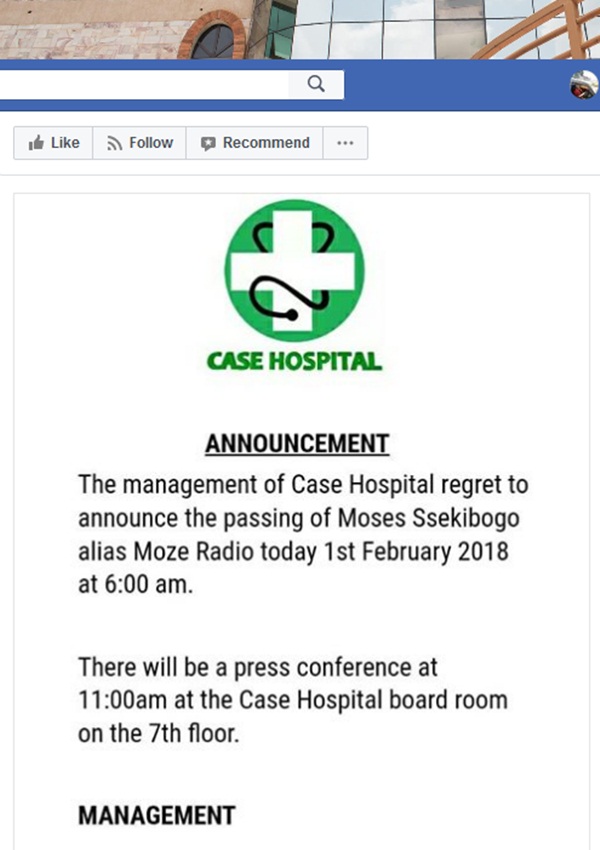 It was reported that Singer Moze Radio, the late now, landed into problems Last Sunday, when he was from checking on his house under construction in Entebbe and decided to go to De Bar in Entebbe to hook up with a friend and its from that bar that he got hit. 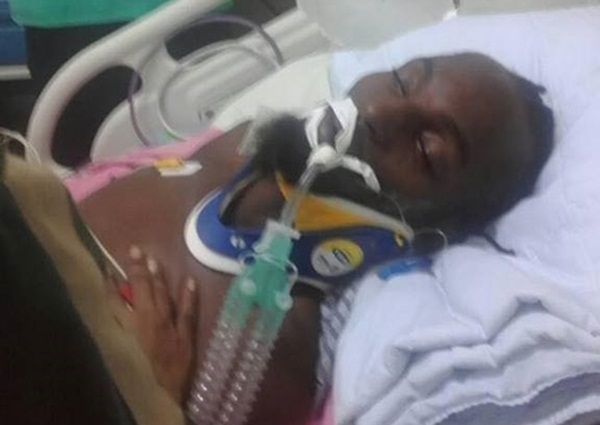 While being admitted, many people including friends and family were reported doing their best so that Mowzey Radio comes back to life and its reported that he went through operations well as the end result was what the Almight Allah decided, and of course, no one has the right to change it.

Among those who had promised to ensure that Moze Radio gets the best treatment was Bryan White who paid Shillings 25M UGX for Mowzey Radio’s hospital bills and also promised to clear any other bills as they came in. Also H.E President Museveni also gave in 30,000,000 UGX for the same. It is sad that Mowzey Radio of the Goodlyfe Crew has finally breathed his last and many will miss him. 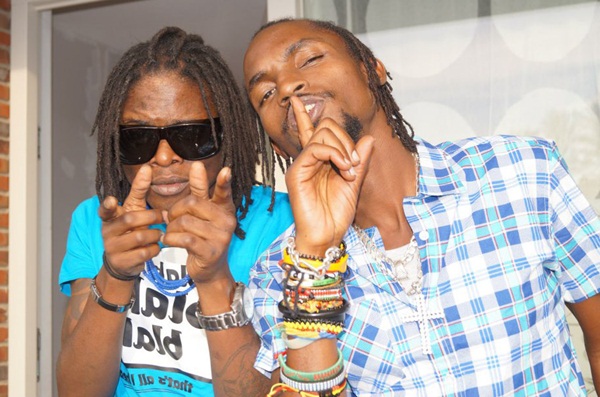 Stay tuned in for more stories about Mowzey Radio’s death as they come in. You have gone soon. Your friends, family, fans and relatives will miss you so much. It’s Allah who gives and takes..